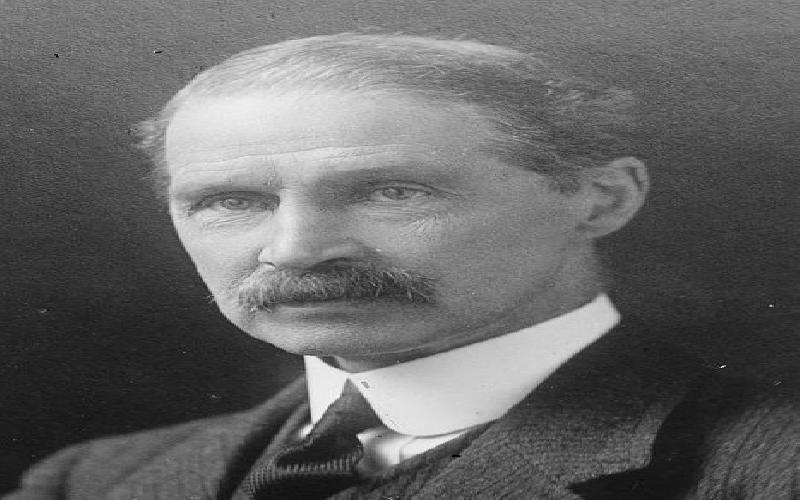 Canadian born and mostly unknown erstwhile Premier of the UK. As some of his harshest contemporaries asked - who?

David Lloyd George for one was quite happy to make disparaging remarks about Bonar Law at every available opportunity, although Bonar Law played his part in ousting the former from the premiership.

Who is also probably what the majority of people would ask  about him in the present day. He is one of the least well known Prime Ministers that Britain has ever had, a little like Henry Campbell Bannerman and later Sir Alec Douglas Hume.

Bonar Law was actually born in New Brunswick, Canada during 1858.  His parents sent him to Scotland to attend public school and later university in Glasgow. After gaining his degree Bonar Law went into business where he made a great deal of money in heavy industry and then banking. He was interested in politics and became an MP for a seat in his adopted home of Glasgow.

These were tough times for the Conservatives in the wake of the Liberal landslide of 1906. When the party needed a new leader five years later he was chosen to do the job much to everybody's surprise. The two elections of 1910 allowed the Conservatives to regain some seats.

Bonar Law did his utmost to stop government policy in Ireland. His actions verged on treason when he backed the Ulster Unionists against the Home Rule Bill.

He took the Conservatives into a war time coalition in 1915. A year later he was promoted to Chancellor of the Exchequer for helping David Lloyd George to become Prime Minister.  He was ill during the later years of his life with Austin Chamberlain replacing him as Tory leader. It seemed that he had missed his chance to ever become Prime Minister, especially after finding out he was terminally ill.

His political career appeared over before the Tory backbenchers persuaded him to oust Austin Chamberlain and become Prime Minister once Lloyd George had left office. The backbenchers had believed that Chamberlain had kept the coalition together for too long, especially after the emergence of the Honours Scandal. He was only in Downing Street for several months but stepped down just before his death in 1923. He was buried in state, an honour given to very few British Prime Ministers.

It was alleged that Lloyd George quipped that it was apt that the unknown Prime Minister should be buried so close to the unknown soldier in Westminster Abbey, although the latter had done more for his country!

TAGS : Andrew Bonar Law David Lloyd George Ulster Unionists Home Rule Bill Austin Chamberlain Britain Prime Minister
Let us know how you like this article. Like it and Rate it below.
133 1
0
Thanks for rating this article
0 stars - by 0 user(s)