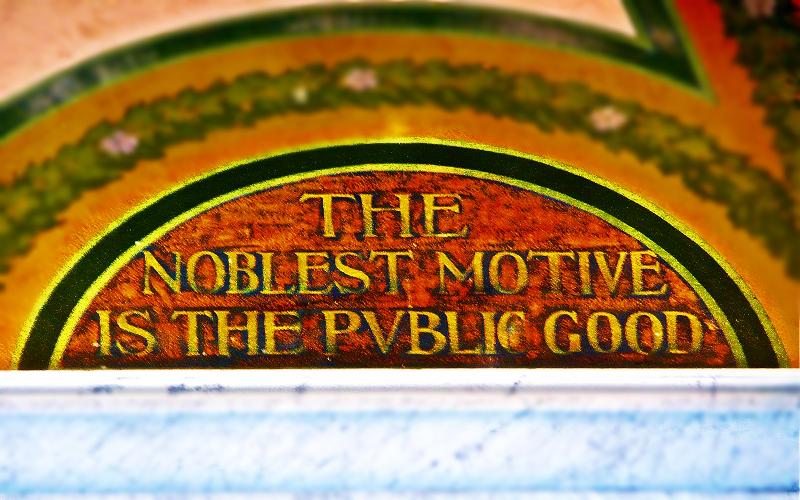 Provisioning of public goods is one of the primary functions of the government and one of the main justifications for their existence. It is a role that no other agency or institution can fulfill, and which remains the most essential parameter of good governance. Markets cannot provide these goods, but depend upon them for their existence. Understanding the concept of public goods, its characteristics and why they are important in public policy is the first step towards ensuring a fruitful public policy and good governance.

Public goods are common goods that are enjoyed by the people of society together. The concept of public goods arose in primitive agricultural societies with reference to common grazing grounds, where people used to take their cattle for grazing. The way people approached this common resource and how their behavior affected it led to the evolution of this concept. Since then, however, our understanding about public goods and their role in our lives has grown exponentially. Today, the most important public goods that are almost a prerequisite for a healthy nation and society are national defense and law and order. It would not be wrong to say that almost everything that the Governments do today is oriented towards financing and provisioning of public goods in a manner that make the society better off.

Public goods have thus come to occupy a central stage in public economics.

The Definition of Public Good

A public good is defined as a good that satisfies two important characteristics. First, it should not be rivaled. Second, it cannot be excluded. These simple concepts can be understood with some examples.

Most goods that we consume are such that the owner of that good can exclude others from enjoying or benefitting from. Take the example of a piece of bread or a glass of milk. The person who owns them can prevent everyone else from consuming these goods or benefitting from them. Similarly, clothes, money, machines, cars, food and money are all goods from the benefit of which others can be excluded. In fact, most goods that are sold in the market are such goods. Another example of such goods is private property like house and factory. The owner of these premises has the right of preventing others from entering them or making use of them. All these goods are thus of a nature, where others can be excluded.

On the contrary, in case of public goods, it is not possible to exclude other people from benefitting them. National defense is again the best example in this regard. Once the borders of the country are secured and the country is safeguarded from foreign invaders, no one living inside the country, within the boundaries can be prevented from enjoying the benefits of that safety. In other words, it is not possible to exclude people from the benefits of national safety.

Other Examples of Public Goods

Examples of public goods are public parks, free roads, free television and radio broadcasts, in addition to national defense and law and order. Some of these goods, like a public park and a road can be excluded by use of a gate and a ticket or toll charge. When that happens, they will no longer fall within the definition of a perfect public good. Instead they acquire the nature of a club good – a good which is accessible to a small group of people, for whom it is public good, while for others, it is like any other private good. Some other public goods, like roads and free internet connectivity have a tendency to become congestible. When faced with congestion, they are rivaled and the extreme congestion excludes new entrants. These congestible goods are also not perfect public goods in terms of their two underlying characteristics.

The two most important public goods are national defense and law and order. Both of them are non-rivaled and their benefit cannot be excluded. These two actually make the primary justification for the existence of State and Government, since neither of them can actually be provided by the market or produced and supplied privately.

Why Public Goods Need to be Provided by Government

For optimal supply of public goods, people need the government because these goods cannot be supplied properly or optimally by the market dynamics of demand and supply. This happens because of their inherent characteristics of not being rivaled and excluded. Due to these characteristics of public goods, people have a tendency to pay less for them than for other private goods.

If a person can enjoy the benefit of a good without paying for it, and if he is aware that he cannot be excluded from that benefit, he can avoid paying for it, and yet enjoy the benefit of that good. A person who enjoys a good paid for by others is like a free rider, and this free-rider phenomenon is the reason why the demand for public goods in a market is under expressed. When people are not ready to pay for it, the market will not supply it, and there will be less than optimal production for that good.

Since public goods are not adequately provided for by the markets, they must be supplied by some other institution. Among the various social institutions created by man, only the government has the requisite capacity to collect resources from the society and use it for financing of public goods, something that it does by collecting tax provisioning for national defense, law and order and other public goods. Provisioning for public goods and ensuring their supply are one of the most important functions of a government.

It is important to note that provisioning of a public good is different from its production. Provisioning refers to collection of finances in a way that will enable the optimal supply of that good, and due to the problem of free ridership, it becomes essential that resources for provisioning of public goods are collected by taxation. Once such resources are collected by the Government and allocated for a public good, production can be undertaken by the private sector. For instance, once public money is allocated by Government, it can get roads constructed by private enterprises. 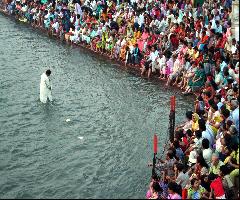 Are We Witnessing A Radical Change In Hinduism?

Hinduism as the traditional way of dharma based life has been followed in India religiously since as long as the human history is recorded. It survived several onslaughts from foreign invaders, new ideas like Buddhism and new religions like Islam and Christianity. 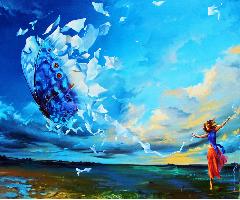 Everything We Do Is A Reaction To Something Else

A human being is part of the nature and like every other part of it, his existence is also intricately interwoven with the rest of the cosmos, with things closer home having a larger impact than those far away. Each one of us tries to determine his destiny, but is able to do so only to the extent the forces around permit.