Light acts as a particle or as wave. 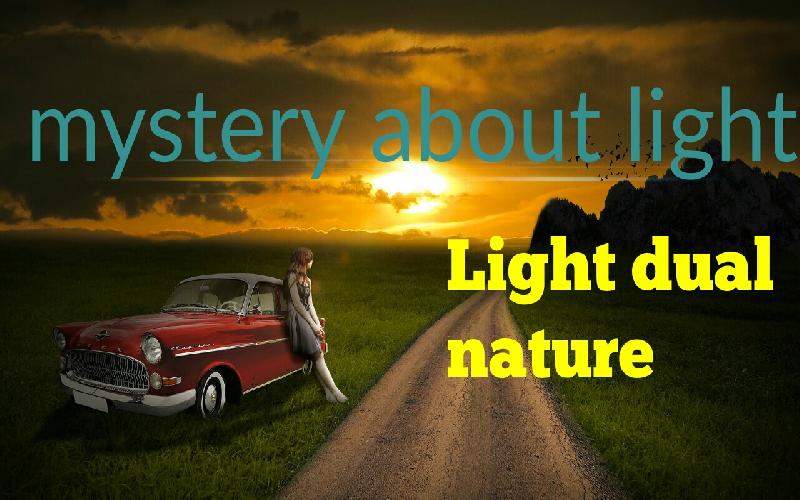 The nature of light is very mysterious and diplomatic. so is light a wave or a particle was a big question. so various scientist gave their proposal on it. so finally it was declared that light has both natures wave as well as particle.

Is Light  wave or particle or both?

Electromagnetic wave: It is the type of wave which is propagated by the periodic variations of intensity of electric and magnetic field alternately.

Photon: A photon is a type of elementary particle that is a particle inside an atom.

Proofs for proving that light acts as wave- by Thomas Young

In 1801 Thomas Young came out with his double slit experiment in which he proved wave nature of light. He believed that light has wave nature and so to put his believe in front of all he did double slit experiment in which he made two holes in a slit such that the diameter of each hole was equal to the wave length of wave. Then on one side he placed a point source of light and on other side he placed a screen. Then he observed that the bright spots were not in line of holes but were scarred this proved that light was a wave as if light would be a particle then the bright spots would be in same line that of hole. So by this experiment Thomas Young proved wave nature of light.

Proofs for proving that light acts as particle -by Albert Einstein

Photoelectric effect by Albert Einstein in 1905

Louis de Broglie was the hero of the whole light theory. He gave a fact that every particle in the universe emits waves. We are also made up of particle so we also emit waves but there is a fact that the thing having higher mass emits less waves so as our mass is very high as compared to mass of photons, waves emitted by us are negligible but photons emit waves.

Light has dual nature that is light can be considered as wave as well as particle. 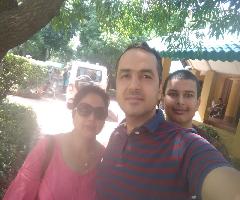 I will provide you a good article