Joining the conversation on abortion

The right of abortion in the 21st century 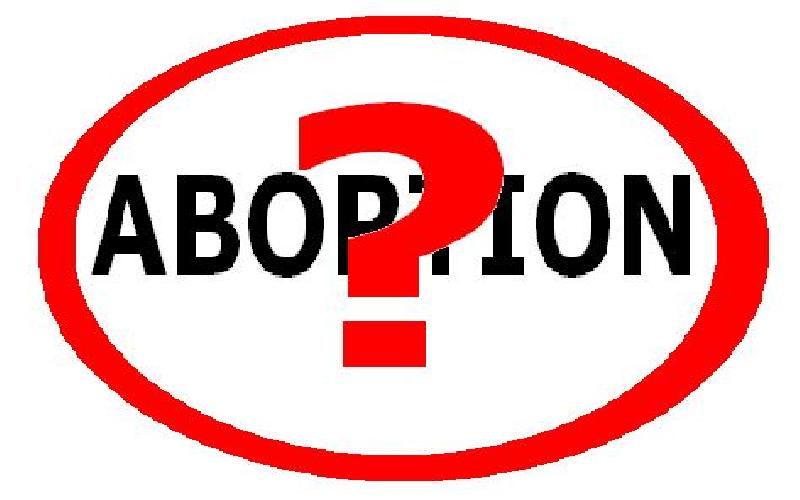 The abortion debate is a very heated one for Christians and Non-Christians alike. Many people are of the firm belief that abortion on whatever grounds is wrong, while there are an equal amount of persons who believe that a woman has the right to choose whether she wants an abortion. Who is right? Let’s explore some scenarios. Now, even though an action may be deemed legal, it does not necessarily mean it is moral. In the United States of America, it is said that there are one and a half million abortions annually (1.5 million). Does that number seem huge to you? It does to me.

We talk about wanting to protect life after birth. We want safe communities, safe schools, and safe hospitals and do forth, but to create a safe environment in the form of a mother’s womb seem too much of a trouble for some. Many view pregnancy as a hinder to their professional life or their lifestyle. Some women continue to smoke, drink and do drugs while pregnant, harming the unborn child. When does life begin? Many believe it is the moment the sperm meets the egg, the moment of fertilization (I believe this too). Others say life begins 3, 4, 6, 8 weeks after fertilization. This last deduction is what is now being used as a time frame in determining when is it best to have an abortion.

Many people believe that life should be protected with all the care possible from the moment of conception. Therefore, to have or perform an abortion is considered abominable. The abortion debate has garnered attraction and involvement from groups such as pro-life and pro-choice. But let’s take a deeper look into the process. Many women want to have an abortion because they say they are not ready for child and that they have to focus on their career and so forth. Now in this the year 2018 there are a vast number of contraceptives easily available. So why don’t they make use of one or a combination of these preventatives. So you are telling me that in the so called heat of the moment when her and her lover is getting undressed or lighting candles, or turning on the music, not one of them can take out a condom or swallow a pill or something? They weren’t concerned about pregnancy at that moment? Now when fertilization has taken place they expect us to support their decision in aborting the child. Wasn’t it their decision also not to use contraception? This attitude of lack of self-control is what is pushing the abortion debate. It is people pushing their own agenda, bullying others to do what they say and want.

Another reason why people are advocating for abortion is to prevent giving birth to handicapped or seriously ill children. I am a firm believer of the statement that says that God does not give us more than we can handle. So if God wants to give you a handicapped or a child with a serious illness, it means that you can handle it. Maybe He has a plan of working some miracle through you and that child. By you discarding such child means you are discarding the love of God and your intended destiny. There are many cases where a family has children including the so called normal ones and a not so normal one. In such a family it is the normal child that is the trouble maker and disaster while the not so normal one is a saint, the sweetheart.

It is said that most women do not want a child of a rapist. I have always had issues with that statement. It really irks me to the core because it shows the ignorance of women. Don’t get me wrong, rape is wrong and will always be wrong, and rapist should be punished. I do not condone rape and never will. What I take issue with is the science part of the statement. Now follow me in the explanation. Science tells us that at the moment of fertilization two sets of chromosomes fuse to form one zygote which becomes an embryo. This means the growing baby is carrying two sets of DNA (one set from the man and one set from the woman). No one and I mean no one can predict who the child will grow to look like. The child does not necessarily have to look like a mother or a father. He or she could look like an uncle, an aunt, a grandparent or even a great grandparent. I do not look like my mother or father. I have a striking resemblance to my grandmother and I love it. It pains me when I hear woman say they don’t want their rapist child because I question what about the set of DNA she contributes. What about the characteristics she will pass on? What about the connection that she will create with that child in the womb throughout the pregnancy? It is proven that a baby responds in the womb. They respond to music, to reading, to touch and so forth, not just to food. That is why pregnant women are encouraged to read and talk with their child during pregnancy. It makes a difference, rape or no rape. I have known women who have been raped and decided to have the baby and let me tell you the love they have for their child is so much and immense you would never believe rape was involved. Mothers across many cultures have been deem nurturers. Therefore, whether a rapist is the father, mothers have the greater responsibility in ensuring that their child is raised with the right morals.

I have seen pictures of the aftermath of abortion and it is so gross. The process requires use of cyanide which burns the embryo, killing it, and then flushing it from the womb. The process is also not safe as long lasting implications may arise. One such implication being a woman could possible no longer have children after having an abortion.

I will leave you with this story. When I was living in New Jersey in the United States, one afternoon while driving home, I was listening to a talk show from my home country, Jamaica. The host was talking to a woman who boldly said on air that she has had three abortions already and will do more. The host asked her why she keeps having an abortion. She replied, “I like it.” What are your thoughts towards this woman? How does her action make you feel? What would be your response to her?

TAGS : abortion 21st century debate Jamaica United States of America New Jersey talk show pro life pro choice
Let us know how you like this article. Like it and Rate it below.
75 2
0
Thanks for rating this article
0 stars - by 0 user(s)