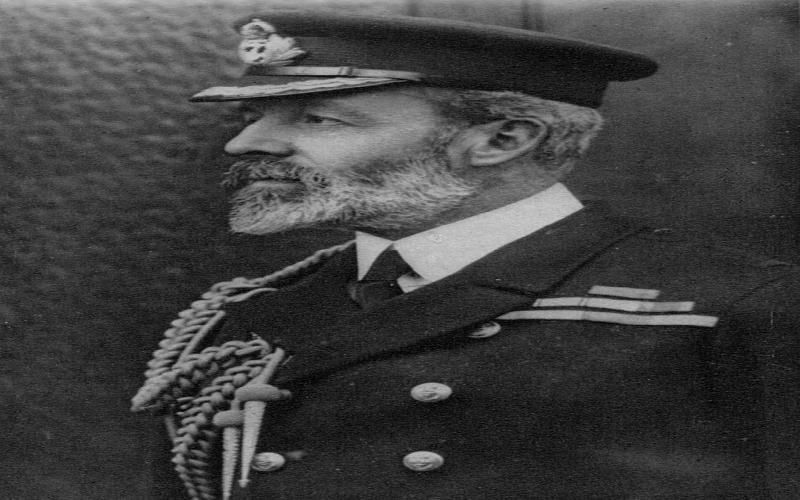 Christopher Craddock had a lifelong career in the Royal Navy. He was the man tasked with destroying the squadron of von Spee in late 1914.

Craddock  had already given the Royal Navy 40 years of dedicated service and had been made commander of its forces in North America as well as the West Indies. In this region the Royal Navy on paper at  least had strong forces available at the beginning of the First World War. The Admiralty had assumed that Craddock and his motley assortment of vessels would be adequate.

Unfortunately for the able Craddock the Royal Navy had given him command of a fleet with old and slow ships mostly crewed by naval reserves. In contrast von Spee had fast modern ships with well trained crews aboard.

In September 1914 he was made commander of a new South American station with the obsolete cruisers Good Hope and Monmouth as the largest ships. Both vessels would have been scrapped but for the outbreak of war. Only the modern HMS Glasgow was crewed by a regular naval crew.

The Admiralty sent him two extra ships  the cruiser Defence and the clapped out  pre-Dreadnought battleship Canopus, the latter been so slow that she was ordered to return to Port Stanley in the Falklands.

Neither ship would fight at Coronel, though the four 12 inch guns of the Canopus did bolster the firepower of the harbour defences at Port Stanley.

Craddock and his ill fated force met their inevitable demise at the Battle of Coronel on November 1 1914. In less than an hour the Germans had sank all of the British ships except for Glasgow and the armed merchant ship Otranto. Von Spee was later deterred from topping up his supplies of coal and food in the Falklands by the well concealed guns of Canopus.

Lenman B (2004) The Chambers Dictionary of World History

Massie R K (2005) Castles of Steel - Britain, Germany and the winning of the Great War at Sea, Pimlico, London

TAGS : Christopher Craddock Royal Navy German Navy First World War Falklands Coronel von spee
Let us know how you like this article. Like it and Rate it below.
132 0
0
Thanks for rating this article
0 stars - by 0 user(s)