What is Encaustic Painting Technique Developed by Early Greeks? 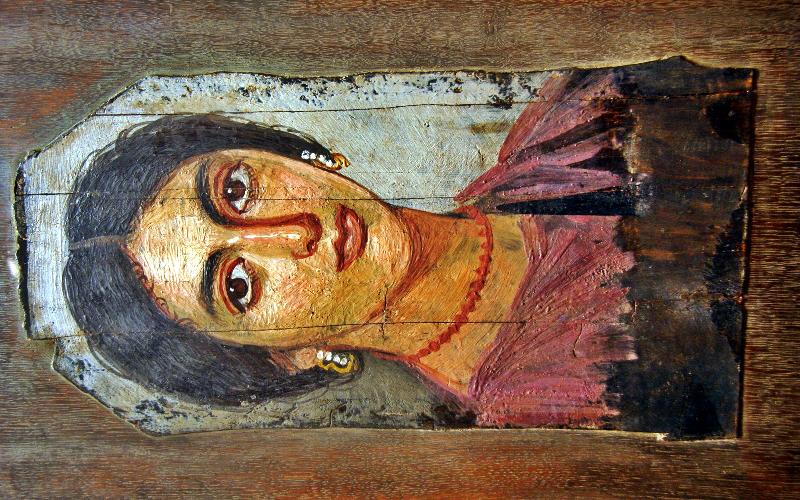 The earliest civilizations developed their own techniques of paintings. Encaustic paintings on wood panels using wax based were developed by the early Greeks as one of those techniques. These paintings were both durable and beautiful. Many of them have been rediscovered between the seventeenth to nineteenth centuries.

Encaustic paintings are one of the earliest forms of popular paintings. They are one of the most beautiful class of paintings and also one of the most durable ones. Encaustic paintings use wax based paint, which is heated and kept molten on a heated surface and mixed with resin and pigments. The word 'encaustic' is derived from the Greek word 'enkaiein', which literally means 'to burn' and came to denote these paintings because of the need to heat the wax paints being used to create the painting. The wax based paint is applied to an absorbent surface like wood panel and then reheated to fuse the paint.

Encaustic paintings were one of the earliest forms of paintings given a very high regard by the classical world of art. They date back to the Roman time and were quite popular during the early Greek period, but later lost their popularity to other forms of paintings, notably the tempera, which use egg yolk medium and oil paintings.

In a way, the encaustic paintings were rediscovered between the seventeenth to nineteenth century from Egyptian Mummy portraits, particularly from the Faiyum basin between Hawara and Antinopolis.

These so called Faiyum portraits have a distinct art style of their own and date mostly from the 1st century CE to 3rd century CE. These encaustic portraits made on wood panels with pigmented wax were made to portray the faces and upper body of the deceased as part of the mummy. These paintings were usually mounted into the cloth that was used to wrap the mummified body. It appears that the hot dry climate of Egypt helped in preserving these precious pieces of ancient art over the last two millennia.

The Faiyum paintings are mostly discovered from Egypt, but have a lot of similarly with the contemporary and consequent Greco-Roman style of painting. Although many in the Western world tend to believe that this form of art may be arisen in Egypt from the influence of the Greco-Roman influence. However, so far, adequate evidence is not available in this regard.

The encaustic paintings were popular during the early centuries in the Roman Greek era, as deciphered from the writings and literature of those times, but most of those paintings have not survived. The prominent pieces of encaustic art recognized today include the 7th-century encaustic icon, the Blachernitissa, popularly also known as the Theotokos of Blacherna or 'Our Lady of Blachernae'.  The sacred tradition holds that it was made by mixing wax with the ashes of Christian martyrs and credits it with saving Constantinople from the Persians during the reign of Heraclius and later from Arabs.

The ancient encaustic paintings are made on wood panel, hence also referred to as 'panel paintings'. They use hot wax as the paint medium that is mixed with resins, natural ingredients and pigments. These paintings are considered one of the most versatile, stylish and beautiful paintings forms.

Wax, by its very nature, is impervious to moisture, which makes the encaustic paintings very enduring. This water impervious nature of wax does away with the requirement of warnish or protection by glass. Typically, the bee wax was used in the ancient encaustic paintings. It appears that the bee wax may have been treated to increase its durability. In the early twentieth century, this Punic Wax technique was rediscovered by Fritz Faiss and Dr. Hans Schmid, under which the melting point of bee-wax is increased from 60 degree Celsius to 100 degree Celsius, resulting in a harder wax that is very similar to the one referred in Greek writings on encaustic painting techniques.

A very important aspect of encaustic paintings is that the wax can be layered, glossed, scraped, modelled or even sculpted in a way no other painting medium can be subjected to. These paintings do not use a solvent. With the cooling of the hot wax, which is almost immediate, they become ready instantly, and can be easily reworked upon by adding additional layers of paints.

Encaustic paints are highly durable, as evident from the longevity of the Faiyum portraits. The encaustic paint does not yellow or darken. The wax can, when pigmented, darkens somewhat in the dark due to its photo activity, but it quickly regains its original colour when re-exposed to light. 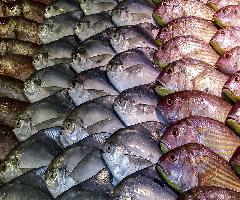