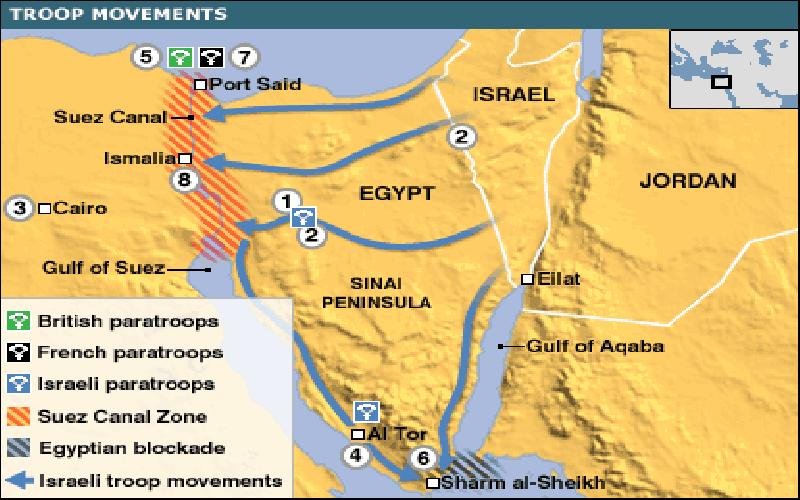 The Suez Canal Crisis has been one of the major conflicts that defined the Cold War. It was a bold move by the newly elected Egyptian President Gamal Abdul Nasser. It almost initiated nuclear war. Continue reading to learn more about this crisis.

The Suez Crisis started on 29 October with Israeli forces pushing into Egyptian borders towards the Suez Canal. This move was in retaliation to the nationalisation of the Suez Canal by Egyptian President Gamal Abdul Nasser. This conflict has quite the history behind it.

The conflict started brewing when the United States of America decided to fund the Aswan Dam on the river Nile. It was a very strategic piece of engineering for the Egyptians and would make the core of Egyptian economic recovery programmes. This dam would give Egypt the ability to produce hydroelectricity and would also give them huge amounts of usable water which Egypt was in dire need of. At the same time, Egypt decided to have an arms treaty with the Soviet Union.

This made America furious! They decided that they would not fund the dam until Egypt broke the arms treaty with the Soviet Union. Egypt refused and the dam project was put to a stop even before its construction started. Egyptian hopes suddenly came crashing down. Egypt had no way to replenish its crippled economy and something had to be done immediately to save the country from economic meltdown. Egypt’s then President, Gamal Abdul Nasser decided to nationalise the Suez Canal. The canal was actually owned and operated by the Suez Canal Company which was run by French and British share holders.

The British and French soon planned a retaliatory attack and called upon Isreal to help. Israeli forces soon penetrated through Egyptian borders and advanced towards the Suez Canal. The French and British forces also advanced from the opposite side sandwiching Egypt. This act soon received global attention. American President Dwight Eisenhower strongly condemned this attack and said that America was in no way consulted by its allies before opting for a military intervention. Egypt was left with no option but to ask the USSR for help, they agreed happily. The Soviet Union supplied Egypt with arms from Czechoslovakia almost immediately. USSR also condemned this invasion.

The war went on for days and in the late 1950s, the British troops withdrew. France and Isrealis were left fighting alone. Soviet President Nikita Khrushchev threatened to annihilate France and Israel if they did not withdraw from Egyptian soil. France and Israel ignored the warnings but later United States threatened them with economic sanctions. They finally had to bow in front of the International pressure and withdrew all their forces by March 1957.

As a result of this war, the United States became the major superpower of the world weakening the roots of the British and French empires. This conflict also proved the might of the Soviet Union on the world stage. Egypt, with USSR’s support could build its economy. USSR had won the propaganda war in Africa like Gamal Abdul Nasser. Nasser was seen as the saviour of the Arab world and was worshipped by commoners.

TAGS : Suez Crisis Egypt USA UK France Isreal USSR Suez Canal Nuclear Warfare
Let us know how you like this article. Like it and Rate it below.
100 1
0
Thanks for rating this article
0 stars - by 0 user(s) 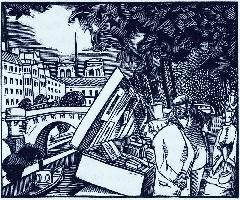 Should The Cost Of Investigation & Prosecution Be Colle

May be it is time we apply some principles of economics and psychology in dealing with crime and creating deterrence against it. As a first measure, we may need to shift the cost of investigation and prosecution on the criminals, and free the innocent citizens from it.