Nikki and her rumored affair with Donald Trump 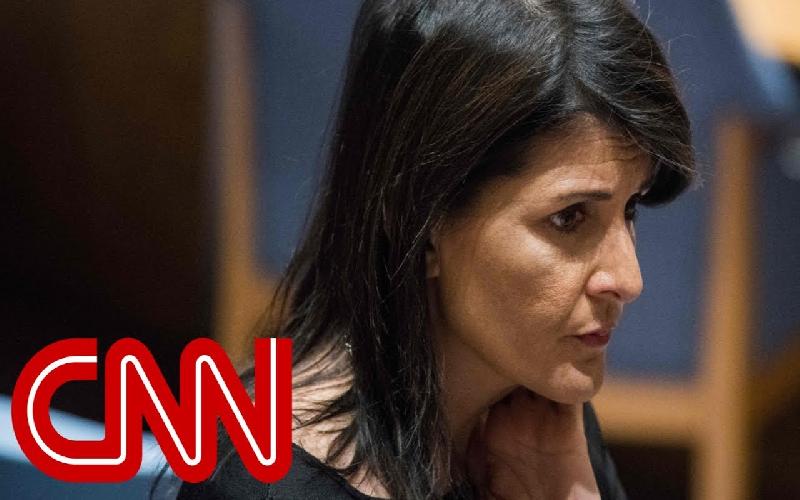 Nikki Haley, born a Sikh has been rumored to be having an affair with the president Donald Trump and she has admitted meeting Trump on Air Force 1, but she claims 'never alone'.

Michael Wolff has just published a book "Fire and Fury: Inside the Trump White House". The book is a best seller, though many critics have panned it as being "poorly written". The author has opened a hornet's nest by suggesting that Nikki Haley, who is the US Ambassador to the United Nations is having an affair with President Donald Trump. He has reiterated these points regarding the affair in a TV interview with Bill Maher on TV.

These insinuations are explosive and the author says that Nikki has been meeting the President on his personal presidential plane Air Force 1. There is an old saying among the Apache Red Indians that  "there will never be smoke if there is no fire". So, what does one make of the allegations about the affair? Nikki Haley has denied the charges, but there is nothing else she could have done.

The lady who was born in 1974 of Sikh parents who had migrated to the USA  is rumored to have been having an affair on Air Force 1.

Donald Trump is a man who has a penchant for young and beautiful women. He has been into many liaisons and dates with many women. His record in Moscow is bizarre and has been termed as the "golden showers incident". There is no point in describing this incident now which is well known, but it does show the type of man Trump is. A lot is a rumor, but there is an element of truth somewhere.

Michael Wolff is clear that Haley is into an affair with Trump. Haley on her part has denied the rumors and termed them "disgusting". Yes, they are disgusting but how come these rumors abound in America? American press and tabloids focus a great deal on the private life of celebrities. This rumored "affair' has now spread all over America. Wolff may be right or wrong, no one can tell but he cant be off mark totally. Making such an allegation without any basis will open him to charge of libel. He must be aware of this when he made this explosive revelation.

Nikki has denied the "affair", but there is nothing she could have done.

TAGS : Nikki Haley La affair Trump Air Force I Micheal Wolff
Let us know how you like this article. Like it and Rate it below.
77 1
0
Thanks for rating this article
0 stars - by 0 user(s)

Kim Jong Lands In Singapore For Historic Summit With Tr

The meeting is laced with history and is a moment of great importance as six decades of hostility seem like a bad dream.