Everything We do is a Reaction to Something Else 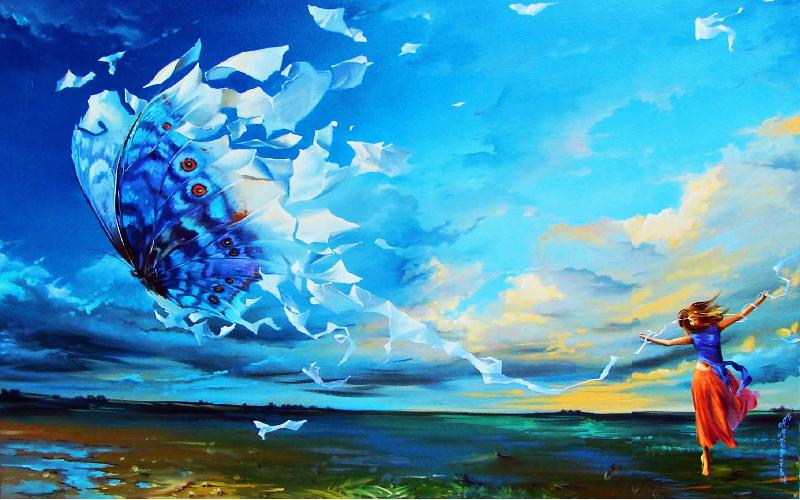 A human being is part of the nature and like every other part of it, his existence is also intricately interwoven with the rest of the cosmos, with things closer home having a larger impact than those far away. Each one of us tries to determine his destiny, but is able to do so only to the extent the forces around permit. In fact, almost each of our action is caused or affected by something else in immediate or distant past, and almost everything results from several chains of events that began long before we came into existence. Understanding this can radically change how we look at life and our own destiny.

As you read this article, think about why you are reading it. Is it solely because you wanted to read it, or are there other factors that somehow influenced you to do this? For instance, would you still be reading it, if I had not written it in the first place?

Why we Act in the Manner that we do?

Let me put forward some common instances of such reactions.

If you are working, most of what you do is a reaction to the instructions given to you by your employer or your supervisor. This is obvious, of course. However, even if you are the instructor and have somebody working for you, the way you supervise him, are often a reaction to what he has done or not done.

You may be the instructor and he your instructed, and yet, how you instruct him depends largely on what he does.

At home, a lot of what you do is a reaction to what your spouse or kids want you to do. Not only in cases when you do what they want , but even when you tell them you are unable to do so, you are only reacting to their actions. When you surf the television channels, what you may end up watching depends on what is being shown there. In fact, if it not good enough, you may end up not watching the television at all, even when that is what you wanted to do in the first place. When you open your e-mail, you respond to the mails that you have received. All those responses that you return are reactions. If you are an active investor or trader in any securities, you buy or sell on the basis of the likelihood of how their prices are likely to move, which is a reaction to what is happening there.

The list is endless. The more you think about it, the more you will realize as to how much of your life and actions are actually governed and controlled by other forces, and we have not even mentioned the biggest and most important of them, …nature! Changes of temperature, rains, winds, storms, hailstorms, snowing… almost every natural action evokes some sort of reaction on our part!

Understanding the “Chain of Events”

The list we went through till now consisted of immediate happenings. Far more important, however, are the chains of events that dictate our lives. Imagine a woman is about to deliver. Whether the newborn survives or not can completely change the trajectory of her life. In fact, not only her life, but many such lives! What happens in those crucial moments of delivery, to the mother and the child, can virtually change the history of the world!

Imagine what would have been the history of the world had some of those who made a great difference had not survived their childbirth. Think of Hitler, Karl Marx, Abraham Lincoln, Changez Khan, Mao, and remember that we are not even talking about the religious personalities! Would you still be following your religious chores had that religion itself not been there in the first place!

It is not just big ticket events that lead to a chain. In fact, every event, how insignificant it may be, has a lasting impact, and by changing the trajectory itself, can bring radical changes in the destiny of the world.

Butterfly Effect is a scientific phenomenon that explains that something as innocuous as the flapping of the wings by a small butterfly in Brazil can precipitate a chain of events that can result in a tornado in Texas. This phenomenon was first proposed by Edward Norton Lorenz, an American meteorological scientist, who showed in a scientific model for weather prediction, as to how a flap of a seagull’s wings would be enough to change the weather on Earth forever. His paper titled Deterministic Nonperiodic Flow, on this subject is one of the most cited papers in this field of study.

This seminal work of Lorenz resulted in the conceptualization of the Chaos theory. Among the things that it highlighted was the state of chaos that actually governs this world. This so called chaos is actually nothing but a very large number of forces interacting among themselves in a way that is so complex that it becomes unpredictable, and hence apparently random in nature. In every complex system with very large number of forces interacting with each other, every particle’s actions are governed as much by reactions arising from collision or interaction with other particles, as it is governed by its initial direction and energy.

Why is it Important for Us?

Being aware of this reality of our world has a lot of significance for our lives and our outlook to it. First of all, it should make us realize that what we do and what we do not is not completely within our control. When we realize this, we can dilute some of our ego, be realistic about our own capabilities, and allow our own selves to be seen and understood as part of a larger system, which governs our lives at least as much as we control it ourselves.

Second, it should enable us to understand the limitations of our fellow human beings, including our parents, spouse, kids, friends, business partners, clients and employees. None of them are completely free to do with themselves what they may want to do. Each of them, in fact, is bound and limited by forces surrounding him and beyond his control. Perhaps, we need to empathize and sympathize with them far more than we might have been able to do so far.

Third, if you want a person to do something, it is important to look for those reactions and chain of events that can lead to such intended action on his part, rather than simply dictating him to do so. A small incentive or a small disincentive can go a long away in making others do what you want them to do, rather than lecturing them or pressurizing them, or threatening them with dire consequences.

Lastly, it tells us that nothing is impossible or too big to achieve. If a butterfly in Brazil can cause a tornado in Texas, then surely human beings can also do more than what we might have thought them to be capable of. At the same time, it must also be remembered that every flap by a butterfly does not lead to a tornado. It is only when a whole set of determinative forces are there that the butterfly’s action get amplified most. It is not the sweet will of the butterfly, but the nature at its best that leads to such cataclysmic outcomes.

It may sound ironical, but it is true and worth remembering. None of us have the power to control even our own lives, and yet, each of us has the potential to change the world!

TAGS : Butterfly effect fatality chaos theory. Chaos Edward Norton Lorenz seagull’s flaps chain of events action as reaction law of karma every action is a reaction to something destiny understanding destiny nature forces of nature human potential life changing events
Let us know how you like this article. Like it and Rate it below.
322 4
3
Thanks for rating this article
5 stars - by 3 user(s) 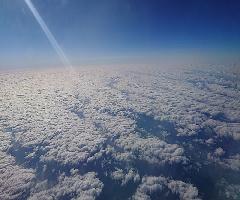 Faith Is Not Just Words But Actions As Well

With faith we are able to witness a better view of reality. We are able to distinguish what comes from our Heavenly Father and lasts forever, and what is of human making and desires and leads to death. 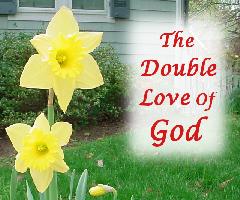 The Double Love Of God