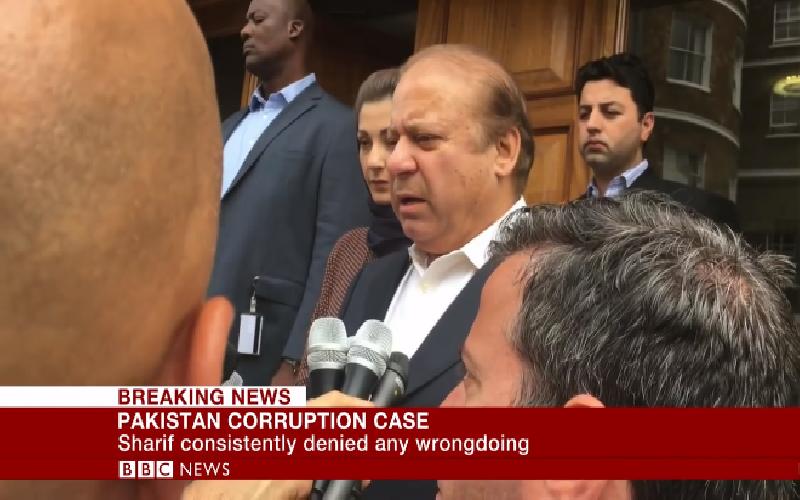 The Pak premier who was in London along with his daughter to attend to his ailing wife Kulsoom has been sentenced to 10 years in jail and fined 10 million pounds while Maryam gets 7 years and 2 million pounds fine.

Pakistan is a turbulent state and one has a feeling that it is the only country in the world to regularly punish or arrest and execute its political leaders. Long time back Liaquat Ali the premier was assassinated and then that mercurial leader Zulfikar Ali Bhutto was hanged like a common killer. Sharrif and Benazir Bhutto were also dismissed and later Sharrif faced a military coup from the very man he had promoted as army chief. Sharrif was jailed and sent into exile for 10 year to Saudi Arabia in 1998. Thus Pakistan has the mark of Hades  on its political leaders. Even generals Ayub Khan and Yahiyia Khan followed by General Musharraf were forced to resign while the killer of Bhutto  General Zia -ul-Haq was killed in a bomb blast in his plane, an American C130 Hercules.

The wheel has turned full circle and now Nawaz Sharif the Pak PM and his daughter the lovely Maryam have both been given 10 and 7 years jail terms by a so-called Accountability court.

The entire process of the court case against the Pakistan premier was decided within a year. One can thus see the haste and speed with which Nawaz was convicted and this certainly raises eyebrows. In contrast, the trial against the mastermind of the Mumbai blasts case is going on for 10 years and the case has not moved forward an inch.

One gets a lurking feeling that a conspiracy was hatched by the Army and few political leaders like Imran Khan to "fix " Nawaz and the Pakistan Supreme Court just played ball. Just like it justified the military coups of Ayub Khan and General Musharraf under the "Doctrine of Necessity".

Nawaz is accused of buying 3 houses in London for millions of pounds. This surfaced during the Panama papers revelation and it was alleged that Nawaz and his family had purchased them through ill-gotten gains. They may have, but the entire case does have a tinge of political vendetta.  With Nawaz out of the way, the field has opened up for persons like Imran Khan who otherwise was irrelevant in Pakistan. He was shouting around but he had the backing of the army and now he can try and be the PM.

Nawaz is also fined 8 million pounds and his daughter who was his political heir another 2 million. The court has also asked that the houses in London be sold. This is easier said than done and Nawaz may well stay on in London. It will be interesting to watch whether Nawaz Sharif can resurrect himself in time to come but at the moment the advantage lies with Imran Khan and the Army.

TAGS : Pakistan Nawaz Sharif Musharraf Corruption
Let us know how you like this article. Like it and Rate it below.
86 1
0
Thanks for rating this article
0 stars - by 0 user(s)

How Are You Celebrating Christmas This Year?

Every Christmas is a new experience as you make a lot of arrangements for your family, friends and relatives. Did you ever know, what the newly born Savior wants from you?. 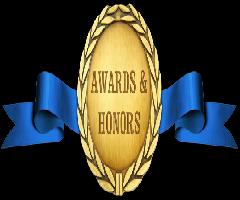 I have compiled this list consisting of people from all around the world who received reputed awards in more than one field. This is to showcase their talent and contribution to the society and the world.