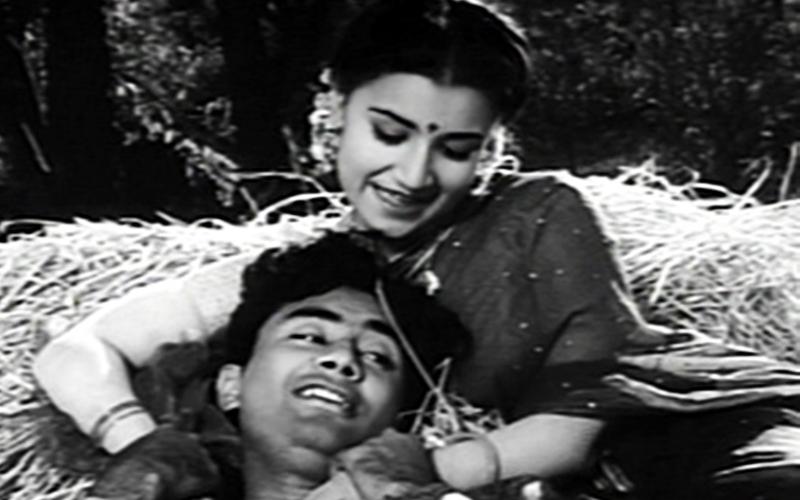 For more than a century, Bollywood has been obsessed with love. This “love”, as depicted in Hindi movies during the twentieth century, was, somewhat different from what most people tend to associate the word today with, particularly in countries other than India. The obsession of Bollywood and its treatment of love as something almost as holy as religion, was apparently inspired by the lifelong, unbreakable bond that was constituted by the traditional Indian marriage.

In a recent reality show aimed at providing professional help to people with relationship issues, a participant sought advice on how she should deal with her ‘love’ for her boyfriend’s best friend, pointing out that she was already in a stable relationship with her boyfriend. The psychologist supposed to advice her, could only wonder what kind of “love” she was referring to.

Indeed, the meaning of “love” can differ a lot and may not mean the same thing to two different individuals. It is possible that the young girl, brought up largely in this century, was talking about something different, whereas the ageing psychologist, a product of the last century, was still referring to “love” as it was commonly understood in the society before the advent of 21st century, including in Indian literature and the Bollywood movies of his times.

Ever since its inception, the predominant theme in Hindi Cinema has largely revolved around the love story of its main characters. This preoccupation with love often came at a detriment of other interesting plots, and when woven in the complexities of households, these love stories often ended up in a very stereotyped Bollywood. The preoccupation of Bollywood with love has been far exaggerated than say Hollywood, where several other theme like science fiction, wars, history, aliens and paranormal often predominated, or say the English-Chinese Cinema, where martial arts and history occupied the central focus.

But …not of that Sexually Implicit Kind

Another unique characteristic of Bollywood was that it was more about love than sex. With kissing scenes very rare and highly intimate scenes almost taboo, one can say that the version of love that Bollywood sold till the end of twentieth century was more in the nature of emotions and obsessions, rather than the physical acts or intimacies implying sex that most other genres of movies adopted around the world.

This concept of “love” that Bollywood preserved remained very distinct in conception as well as endurance than what the 21st century globalized elite understand by the meaning of this word.

‘Love’ of a different kind !

Love, as depicted in Bollywood movies of the last century had many features that were very distinct from the kind of love that we see in contemporary movies in the rest of the world. One of the most enduring characteristics of traditional Bollywood love is its infallibility. The Hindi movies’ protagonists tend to fall in love at first sight, which is unusual but not unique, since infatuation is a known phenomenon. What is rather unique is the fact that they never come out of it!

Love is a very strong bond, and so, even its longevity can be accepted. Lifelong love is a reflection of the strength of the emotional bond. What really makes it unique is the fact that Bollywood movies went largely by the dictum of only one true love in life! There are very few movies in Bollywood that explore love between individuals who have been in love before!

These very distinct characteristics of love as depicted in Hindi movies during the twentieth century were largely inspired by the Indian concept of life-long marriage. In the traditional Indian society, physical intimacy between a man and woman was permitted only within the limits of marital relationship. This marital relationship, itself, was conceptualized as permanent and infallible, and the concept of ‘divorce’ was practically not even in existence. In fact, tradition and folk lore presumed the continuation of marital bond even beyond a lifetime.

Thus, on one hand, Bollywood glamorized the rebellion of its heroes and heroines against the common social obstacles of love, whereas on the other hand, it retained the highly conservative and typically Indian approach of treating love as once in a life phenomenon. Love, thus was supposed to come with a lifelong commitment, just as the traditional Indian marriage also envisaged. Perhaps, it was by sticking to the strength of traditional marriage, that Bollywood was able to rebel successfully in favor of the individual’s right of personal choice in marriage, against the obstacles of caste, class and family preferences. Ironically, even within the traditional Indian society that strictly frowned on rebellious teenagers in the real world, the Bollywood fantasies of rebellious lovers that challenged the social order invariably evoked not only sympathies, but also admiration, making those movies a runaway success!

Love as holier than Religion

Bollywood movies provide several instances where love is claimed as something as holy as God and is sometimes considered even holier than religion and traditions. It is by placing love at such a high pedestal that Bollywood justified the obsession of its young protagonists. It was their selfless devotion to each other, almost on the lines of the devotion that exists between the almighty Lord and his devotees, that makes love look almost as pure as Bhakti, the Indian term for devotion to God.

Indian tradition has immense respect for Meerabai, wife of the Crown-Prince of Mewar in 16th century, who chose to stand by her love and devotion for Lord Krishna instead of giving it up and enjoying the royal life full of luxuries. Under Indian traditions of that time, leaving one’s husband and openly admitting love for someone else would have been the most dishonorable act. Instead, Meerabai’s fearless expression of love, and her denouncement of all material comforts of life was considered an act of a pure and holy soul! Instead of being castigated for not fulfilling her social commitments, Indian society and history places her in the category of saints.

That just exemplifies the respect given for selfless, unconditional, infallible, life-long love in traditional Indian philosophy.

Love as the basis of Marriage, Family and Civilization

The extremely family centric Indian civilization was built on the irreversible bond of marriage, where two individuals not only bound themselves for all times to come, but also bound their families in a relationship. These relationships were not in the nature of sacrifice, per se, since they were meant to create opportunities for enjoying all pleasures in life. Yet, in terms of sacrifice that one had to make regarding personal choices and individualism, the traditional marital bond imposed commitments that would have been considered unthinkable in many other societies.

So, this is how love, particularly of an irreversible, infallible kind that came along with permanent commitment and courage to withstand social opposition, became an act of heroism in Bollywood movies. The courage of a Court dancer, Anarkali, professing her love for the Prince in the open Court in front of the Akbar the Emperor of India, makes a lasting image of Bollywood’s love in Mughal-e-Azam (1960). Rebellious love against social acceptance was one of the most frequent themes from the seventies to the nineties, manifesting as Bobby (1973) in the seventies, Qayamat Se Qayamat Tak (1987) and Maine Pyar Kiya (1989) in the eighties and Dilwale Dulhania Le Jayenge (1995) in the nineties. In each of these movies, the protagonists leave everything they have, including their families, and in the face of all adversities, embark on a journey of love. Their sacrifice for love gave love a holy appeal, their courage matched the martyrs of wars, while their selflessness brought them in the category of saints.

That is how the young protagonists of Bollywood movies became the Heroes and Heroines of Indian Cellular Screen.

That Holy bond of Marriage – Once the Civilization rested  on it!

The marital bond between Indian couples in real life may not be as exciting and glamorous as the Bollywood love stories. However, make no mistake! They contain almost every element that brings love in the category of heroism in Bollywood. Each of these cases is a case of sacrifice of individualism for the greater benefit of the family, which in turn kept the society in a state of harmonious preservation. This spirit of selflessness of traditional marriage inspired and transformed itself into love on the cellular screen of Bollywood, which was similarly above all else, once in lifetime phenomenon and absolutely infallible. The infallibility of love was depicted best in the Saratchandra’s classic novel Devdas, written in nineteenth century, based on which several blockbusters movies have been made between 1935 to 2010 in several languages, not only in India, but also neighboring countries like Pakistan.

While the economy grows, and as traditions give way to modernity, family is one big casualty around the world. As more and more people prefer to live together without committing themselves, families tend to become smaller, often shrinking to the individual himself. In 21st century India, the Indian marriage is not considered infallible any more. The news of separation of couples hardly attracts anyone’s attention today. Like everything else, the infallible bonds of traditional Indian marriage are also undergoing radical changes in a rapidly modernizing India. Not surprisingly, the concept of love as understood by the generation born in this century and as depicted in the movies today is also very different.

However, that does not take away the fact that Indian marriage tradition inspired Bollywood’s most popular theme of “love” for more than half a century! As that kind of selfless love becomes rarer in real life, the old love stories of Bollywood will gradually acquire an additional nostalgic dimension!

TAGS : What is love understanding love Bollywood Love Love in Bollywood lifelong love once in lifetime love infallible love love in marriage love in Indian movies generation gap on love
Let us know how you like this article. Like it and Rate it below.
192 4
3
Thanks for rating this article
5 stars - by 3 user(s) 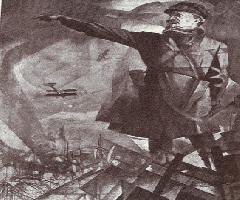 The man who planned the storming of the Winter Palace in Petrograd to allow the Soviets to take power. Often thought as Lenin's successor until Stalin took over. 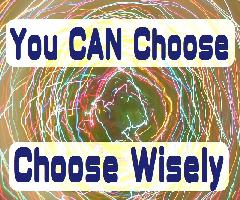 You Can Choose: So Choose Wisely

We live in a time when there are many lies circulating, a number of which that can be very devastating. And there is one lie in particular that spiritually cripples a person and makes sure they remain destined for hell.