The Raja, Rani Padmavati and Allauddin 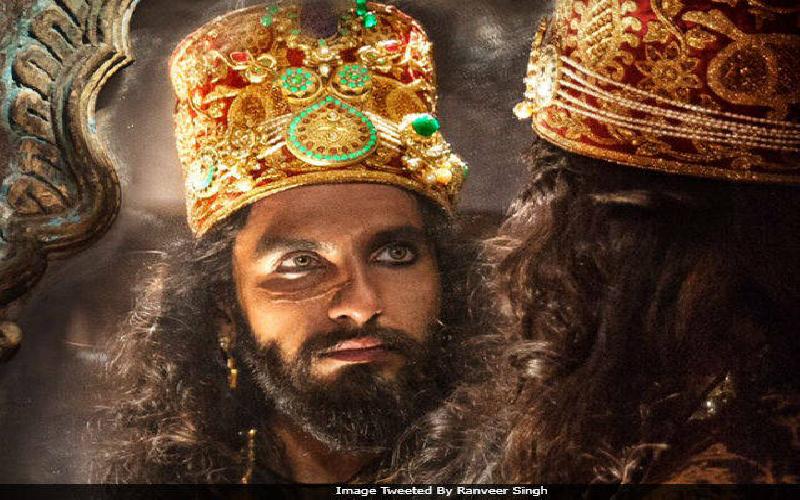 Legend tells us that the Raja of Chittor showed his wife's reflection in a mirror to Allauddin. Was it appeasement or a sign of weakness. It was certainly not bravery and many feel it was an act of cowardice.

The film" Padmavati" is due for release.It has generated a lot of controversies and peoples passions are inflamed in Rajasthan and Gujerat. I will focus on one aspect of this tale and wonder how Sanjay Leela Bhansali is going to show it on the screen. Allauddin was the Sultan of Delhi, about a thousand miles from Chittor. He was a great soldier and had subdued most of North India. He was rumored to be gay and loved a slave, who later became emperor and launched the Slave Dynasty. The Delhi Sultan also was fond of women and had a harem with many lovely women, both Hindus and Muslims.

The long and short is, that he coveted the Rani Padmavati for his harem and for this reason marched against Chittor.

The tale relates that when Allauddin reached the gates of Chittor fort, he offered to go away in case the Raja showed his wife to him. He grandly passed the message, that he just wanted to see the queen and then would march back with his army. Was the Raja petrified of Allauddin? Yes, he had a fearful reputation but no historian has said why the Raja agreed to show his wife Rani Padmavati to Allauddin? There is no explanation for it and now we can only make conjectures. Needless to say, that was the period of Purdah and seclusion for women, yet the Raja did the unthinkable and showed his wife's reflection in a mirror to Allauddin.

This act on the face of it is cowardice and in case it took place, one has to sadly conclude that the Raja was dictated by something.Was it fear or dread?. It was not an act of bravery and there is no record of any such incident elsewhere in World history. This will remain a million dollar question. I have raised this point, as many just treat this incident as routine. In the 13th century, it was not routine and one wonders what were the motives of the Raja. He certainly didn't cover himself with glory

TAGS : Allauddin Rani Padmavati Chittor Love and desire
Let us know how you like this article. Like it and Rate it below.
95 0
0
Thanks for rating this article
0 stars - by 0 user(s)

Kim Jong Lands In Singapore For Historic Summit With Tr

The meeting is laced with history and is a moment of great importance as six decades of hostility seem like a bad dream.