How Centrality of Family Dictated Life & Politics in India

Even Strangers were accommodated as a Deemed Family Member & Treated Trustingly 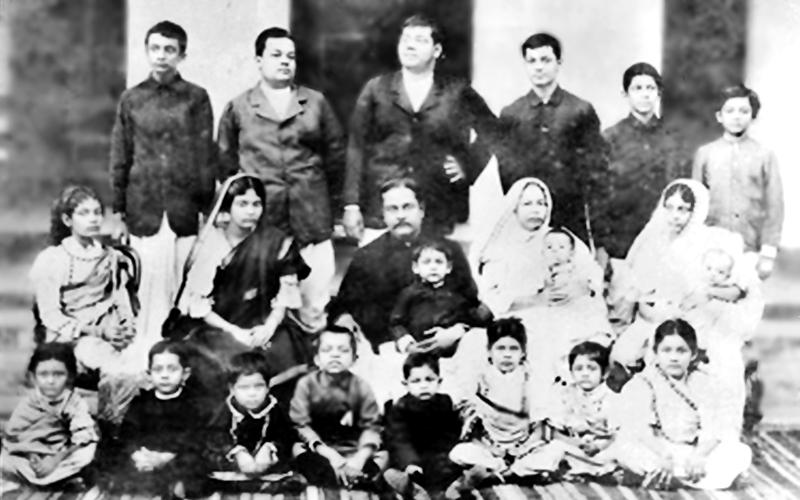 It is impossible to understand India without first recognizing the overarching centrality of Indian family in its society. While families are universally present in human civilization, in India they went to the extent of subsuming individuality of its people in favor of family. From property ownership to marriage, and from social interaction to dealing with catastrophes of nature, all actions were decided and organized in India at the family level. In many ways, this also dictated India’s relationship with the rest of the world, and enabled foreigners to get easily embedded in India and even dominate it politically.

India is actually a far greater irony in world history than most people realize. Probably, the most ancient human civilization of the world, and almost certainly, the oldest among those surviving today, it may have already existed for close to ten thousand years, if geographic discoveries around the Indian Coast are any indication. This society was known to be so incredibly prosperous at one point that people outside sometimes refused to believe its tales. It also harbored and assimilated people from Assyria to Persia, of all religions and races, refugees and traders alike, and even the foreign invaders from its neighboring territories.

Being civil and shunning violence can make anyone vulnerable, as also happened with India. During the last millennium, it suffered great destruction at the hands of less civilized barbaric foreign invaders, who captured power and subjected Indian people to all kind of atrocities, and yet, the Indian society not only survived, preserved and retained its culture and humanity, but also preserved its great civilizational ideals. It can only be considered a miracle that even after suffering such pains, India remains the only society that genuinely believes in non-violence, and where people still stick to vegetarian food all their life! Even though, the Indian society is mired in poverty, corruption and illiteracy, its population continues to swell as if it was the greatest of times, and most surprisingly, Indian people still remain more positive about their life, their nation and even their poor economy and corrupted politics than the rest of the world.

There has to be a secret ingredient to explain all these ironies of India.

This secret ingredient, which has sustained the Indian civilization through the ages, through the ups and downs of history, and continues to help an ordinary Indian live a very meaningful life in the face of all possible adversities, is the great institution of Indian family, which, in spite of the dilution of modern times, still remains central to every aspect of an Indian’s life.

Of course, family is a universal phenomenon witnessed among all human societies around the globe. After all, young men and women live-in or get married everywhere and raise their children, giving rise to family, where members share their belongings. However, what makes the Indian family strikingly unique and distinct from the way family is organized elsewhere, is its overarching character that tends to subsume the individual identity of its members. In most societies, families are part of the existence of an individual. In India, it is the individual whose life is a part of the family’s existence. In most places, families exist to make the life of the individual better, in India it is the other way round. It is the individual who exists for the betterment of the family, and accordingly, is expected to sacrifice his or her interests and preferences for the sake of the family.

If it does not seem very significant, think again, for it virtually changes everything in the society. For instance, even in 21st century, one can frequently come across cases where a young, educated and financially independent Indian is unable to marry the person of his or her choice just because of the disapproval of the family!

A typical traditional Indian family during the ages was a fairly large one. It generally included all generations of a lineage that were alive. Four generations living together would hardly be odd in a traditional Indian family, with a common household, common kitchen and common enterprise. When the family size became unwieldy, they would split, and then each new family unit would continue on its own path of expansion in the same way. In fact, the life and multiplication of Indian family can be compared with that of an amoeba, a unicellular micro-organism, which has the capacity to divide into two or more similar amoebas, and in this way, actually lives for eternity. Like amoeba, the Indian family can also survive till eternity!

Unlike the Western emphasis on individual freedom and rights, the Indian society recognized rights largely at the level of family, and in contrast to Western societies, placed a lot of duties on the individual in respect of obligations towards the family, without providing that individual any major rights other than to be a part and parcel of that family and share everything therein as per his needs. It is like the position of your right hand – it exists for the body as a whole and for its own self.

While most laws in India today are those drawn from the Muslim and British jurisprudence, under the Hindu Personal laws that are derived from the ancient Indian norms, family ownership of property is still legally recognized. Hindu Undivided Family or HUF is considered a legal entity in India in the same way a company or a partnership firm is considered under most modern laws. The family has its own legal identity, which is separate from the individual. Actually, one can say that HUF or the Indian family represents the first artificial legal person in the history of mankind, which was recognized as having a separate legal identity under the applicable laws. This legal development was not an act of the sovereign State, but a norm accepted and practiced by Indian people, that developed several thousand years back, and predates documented history.

Society as Expansion of Family

The centrality of family enabled social interactions to be viewed as an interaction of family. Thus, in most Indian village households, it is common for neighbors and even strangers, to be extended a deemed family relationship, by calling them chacha/tau (paternal uncle), mama (maternal uncle), bua (paternal aunt), mausi (maternal aunt), bhaiya (brother), didi (sister), dada/nana (grandfather) or dadi/nani (grandmother). With westernization of societies, the words uncle and aunt are now being used, even for acquaintances who are not related in any manner with the family.

This practice of extensive deeming of family relationships gave enormous strength and character to the society in the small villages of India, and even in its smaller townships till a few decades ago. It connected everyone in the neighborhood with everybody else, gave rise to overlapping collective interests, and gave rise to a strong tendency to trust and welcome even the strangers. One can hear many tales of how those living in large metropolitan cities, were often surprised by the cordial affection and hospitality extended by complete strangers in Indian villages just because they happened to be a relative of somebody in their neighborhood.

This strong social cooperative in India was based on trust invested in all human relationships, sometimes in advance, as in the case of strangers, including those coming from far off territories. This was also the reason that often enabled foreigners persecuted in their own lands in finding a safe haven within the Indian society. History is replete with tales of such people, including Christians persecuted by the Roman Empire in the first century AD, who found safe havens in this territory that foreigners called India.

The centrality of family also meant that other broader identities, like nation and religion could never acquire the centrality that they did in other places, like the Middle East and Europe, which were always organized singularly around the concept of tribal identities, religious communities or in more recent times, the nation state. In contrast to them, Indian people were committed first and last to their families and its social networks. The close and protected family environment also facilitated strong commitment to non-violence, a factor that may have contributed fatally in its weakness in dealing with marauding barbaric invaders from far less civilized countries, who had perfected the art of killing and violence. The result was political dominance of these foreign invaders for nearly a thousand years.

How this ancient civilization that prospered repeatedly in its history, was again and again found wanting to protect itself from foreign invaders, still remains an unanswered riddle. To the list of reasons that led to India’s downfall, we must add the overarching centrality of family in Indian society, which made it socially rich and economically prosperous, but prevented it from becoming politically as ambitious, aggressive, violent or ruthless as other nationalities of the world.

Civilizational Qualities can Contribute to a Nation’s Downfall

Civilizations began with hunters giving up their killing practices to settle for a peaceful society. It sustained the survival through the peace dividend. If Indian civilization continues to survive even after several thousand years, a lot of credit goes to the great Indian family. However, by contributing to India’s inability to violently resist foreign invaders, by weakening the communal spirit, and by making the state relatively weak, the same Indian family may have also contributed to India’s political subjugation by foreign invaders during the last millennium.

That virtue of humane trust, extended even to strangers from foreign lands helped India effortlessly assimilate them in itself. But when extended to one and sundry without an afterthought, the same humane trust might have also contributed to India’s biggest political mistakes in history, including its colonization by a remote but ruthless power that proved to be much superior in terms of political maneuvering and exploitation.

It was the adverse contribution of these civilizational qualities that made Will Durand, the author of eleven volumes of “The Story of Civilization” write this about India’s submission to foreign invaders, “The bitter lesson that may be drawn from this tragedy is that eternal vigilance is the price of civilization. A nation must love peace, but keep its powder dry.” (The Story of Civilization, Vol. I: Our Oriental Heritage, Chapter XVI, page 463)

TAGS : Indian civilization Indian family foreigners in India family relationship in India status of family in India civilization and nation foreign invasions of India family based society weakness of India Indian culture Indian society
Let us know how you like this article. Like it and Rate it below.
176 4
3
Thanks for rating this article
5 stars - by 3 user(s)

In Lahore, a Muslim Pir is reported to have impregnated over 300 women, but no charges are pressed as no witness has come forward and in Sharia provinga rape is almost impossible..