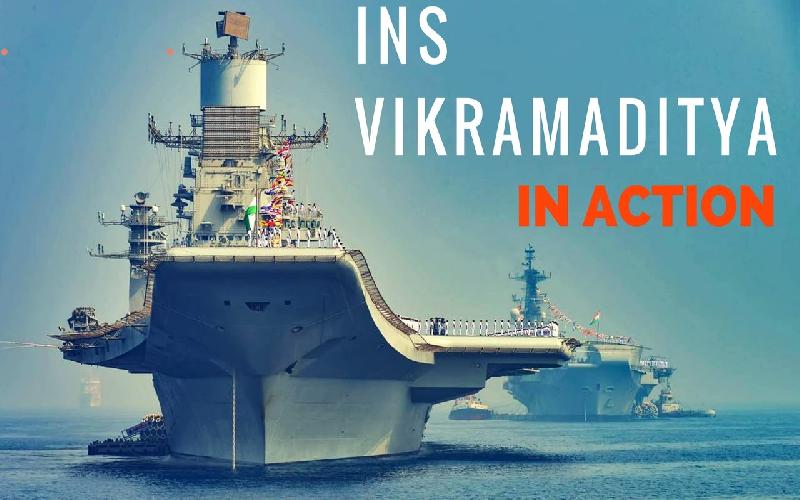 Indian Navy has two operational Carriers led by the flagship INS Vikramaditya. They have now projected requirement for a third carrier to counter the naval power of China.

In 1962 a traumatic event took place The Chinese attacked a poorly equipped Indian army and inflicted a crushing defeat. The Indian armed forces were unprepared and poorly armed, thanks to the day-dreamer Indian prime minister at that time Jawaharlal Nehru. He had no comprehension of what military power is and its role in furthering the geopolitical interests of a nation. Obviously, that lesson has dawned on the Indian leadership and with an aggressive China flexing its muscles in the Indian Ocean and the Bay of Bengal the Navy has projected requirement for a three aircraft Carrier force.

The Indian Defense Review, a respected military journal in its latest issue has revealed that the Navy has projected the requirement of a third carrier. India already operates two carriers led by the flagship INS Vikramaditya. The Admiralty think tanks feel that one carrier is required for both the Eastern and Western fleet with a third in reserve to replace any carrier that may enter dry dock for overhaul or repairs.

The only problem is the cost which could touch 1.5 billion dollars. In addition, at least 60 aircraft would be needed for carrier operation and that will increase the bill to over 2 billion dollars.

The Vikramaditya is a ship purchased from Russia and displaces 44,000 tons. The Indian's are constructing an indigenous aircraft at the Cochin Shipyard, but its years away before it can be inducted. Experts opine that this warship may only appear after 10 years and by then the technology that is being incorporated into the ship may well be outdated. Already the American team that came to inspect the carrier and its speed of construction found many major faults in design and weaponry.

In such a scenario there is no escape from buying a carrier from the open market. The only country that can help India in this deal is Russia which has earlier also given a refurbished carrier to India. In all probability, the MOD will clear the deal, as nobody wants that once again India should be caught napping. This is the price the nation has to pay for the follies of Jawaharlal Nehru, who neglected defense production. Now India has to spend almost 40% of its GDP on defense and I am afraid the economy will suffer. What should we do? Put a garland around the neck of Nehru or dump his memory in the sea?

TAGS : Indian Navy Defense Ministry Aircraft Carrier India vs China
Let us know how you like this article. Like it and Rate it below.
45 1
0
Thanks for rating this article
0 stars - by 0 user(s) 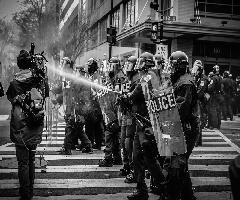 The American police force is viewed in different ways at different times. We have good and bad protecting us from evil.