Hindus support Trump and he has delighted 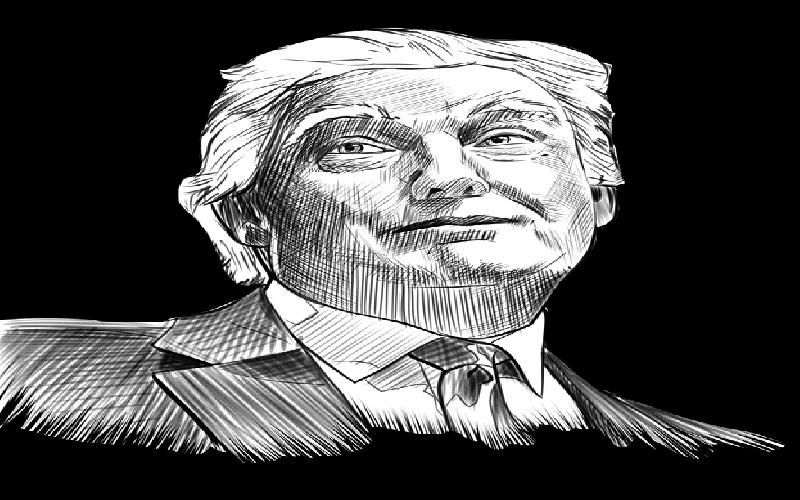 Trump recently castigated Pakistan and this is music to hardline Hindu groups who have been supporting Trump.

Donald Trump has won when all the odds were against him. He was given a chance of 1:10 by the mainstream media in the USA and even Indian bookies gave him an odd of 24 paise on a rupee bet. But he won and this has delighted the Hindu Sena. In contrast, bookies were offering Rs 3 to4 for a rupee on Hillary, so sure shot were the bookies on her win.

What is the Hindu Sena? It is a splinter group of the RSS and is headed by Vishnu Gupta. The Hindu Sena may not have the numbers but there is no doubt that a vast majority of Hindus will agree with the aspirations of the Hindu Sena. The Sena is clearly on the side of Donald.

Vishnu Gupta has explained the rationale for supporting Donald. He feels that Donald is a man, who will not only cage the Muslims but also destroy the Sunni terror groups like the Al Qaeda, ISIS, and Jaish- e-Mohammed. He feels 900 years of Muslim rule has destroyed Hindu culture and there is a need for a reaction. This can only be led by Donald Trump. Hindu groups are happy that Donald has won and will rectify the historical wrongs inflicted by Muslims on Hindus.

For the record Donald at one time had called for a ban on Muslims entering the USA and also had called for racial profiling of all Muslims in the USA. He had also announced that he will destroy Al Qaeda and ISIS within 30 days. These are extreme views but they have gone down well with the Hindu Sena and in fact all Indian Hindus. The Hindu Sena thus feels that Donald will be the savior of the Hindus.

Donald on his part in a meeting with Hindu groups in the USA has said that he expects India and the USA to be “good friends” and he is “looking forward” to a closer relationship. The Muslim world is appalled and worried. Pakistan is aghast and that is the reason the Sena is happy. They feel that the time has come to redress the historical wrongs done to the Hindus. They feel Donald will be the instrument of revenge. Now that he is in power his outburst against Pakistan on New Year's day and stoppage of military aid will delight the hard corps supporters in India

TAGS : Trump.Hindu Sena Pakistan Hindus
Let us know how you like this article. Like it and Rate it below.
51 1
0
Thanks for rating this article
0 stars - by 0 user(s)

Group Captain Of Iaf Arrested For Leaking Secrets To Pa

The shocking news of a senior Airforce Officer having been honey trapped by young girl after facebook contact has led to his arrest.